Harvesting carrots, what a giggle...

Hi Guys, I guess my carrots are ready to dig up after all!

I turned my back for a second and one of my wee Jack Russells (my wee old one at that!) had harvested the carrots herself! LOL She was bang smack in the middle of the garden and chewing down hard on 'em too!

I had a bit of a tug-o-war to retreive said carrot, when son pointed out what exactly was I going to do with one half eaten, dog chewed carrot so...I gave her it back! LOL
I'll be watching she doesn't sleal any more of 'em though!

I guess she's not the only dog with a carrot craving!


Pet's are funny aren't they!
I think they're therapeutic too as my wee jackies never fail to raise a smile even when the caring role is so very intense.
I guess it's never easy for Carers so we have to look to the 'little things' to find a bit of fun or even just something to raise a smile!

Sending sunny thoughts.
Think of something that makes you smile!

Maybe I am a bit of a Charlie Dimmock after all! LOL
Just take a look-y-see...

My peas are now over a meter high!
They taste lovely and are pretty much addictive so it's just as well they're good for you! lol

I kinda plant seeds in almost anything...although I do stress it's my son who eats the noodles not me!

Those wee jackies of mine get everywhere!
If you look cosely you'll see them in the background and I didn't even notice them at the time, too busy snapping pics I guess!

It's Wimbledon time again!
so I'm sure glad I had some of these growing too, I mean, who can resist strawberries? LOL

I am enjoying growing my veggies this year and as a newbie I think I've done pretty well too - even if I didn't know exactly where I planted things or even what they were!
It's been fun finding out as they've all popped up!

Growing things is good for you - it's official!
It's given me a pleasant diversion and some happy time in the garden when Coo's been poorly - (a story for another day!)

If you haven't caught the grow-your-own bug, give it a go as it sure is fun!

A happy pea-munching Maz x
Posted by Maz at 13:05 No comments:

Hi Guys,
I came across this during Carers Week and wanted to share! A farmer had some puppies he needed to sell.
He painted a sign advertising the 4 pups and
set about nailing it to a post on the edge of
his yard. As he was driving the last nail into the
post, he felt a tug on his overalls. He looked
down into the eyes of little boy...

"Mister," he said, "I want to buy one of your
puppies." "Well," said the farmer, as he rubbed the sweat
off the back of his neck, "These puppies come
from fine parents and cost a good deal of money."

The boy dropped his head for a moment. Then
reaching deep into his pocket, he pulled out a
handful of change and held it up to the farmer....
"I've got thirty-nine cents. Is that enough to take
a look?" "Sure," said the farmer. And with that he let out
a whistle.. "Here, Dolly!" he called.

Out from the doghouse and down the ramp ran
Dolly followed by four little balls of fur.
The little boy pressed his face against the chain
link fence. His eyes danced with delight. As the
dogs made their way to the fence, the little boy
noticed something else stirring inside the doghouse.

Slowly another little ball appeared, this one noticeably
smaller.. Down the ramp it slid. Then in a somewhat
awkward manner, the little pup began hobbling toward
the others, doing its best to catch up...
"I want that one," the little boy said, pointing to the
runt. The farmer knelt down at the boy's side and said,
"Son, you don't want that puppy. He will never be able
to run and play with you like these other dogs would..."

With that the little boy stepped back from the fence,
reached down, and began rolling up one leg of his
trousers. In doing so he revealed a steel brace running down
both sides of his leg attaching itself to a specially made
shoe. Looking back up at the farmer, he said, "You see sir,
I don't run too well myself, and he will need someone
who understands."

With tears in his eyes, the farmer reached down and
picked up the little pup. Holding it carefully he handed it to the little boy..
"How much?" asked the little boy "No charge,"
answered the farmer, "There's no charge for love."

The world is full of people who need someone who
understands. It's National Friendship Week.
Show your friends how much you care, please share!

Now, how cute is that!

Hi Guys We did decide to go away for a few days!
We went 'travelodge-ing it' and it was great! LOL

Ok, it wasn't abroad or somewhere very exotic but Blackpool sure was fun! We ate ice-cream on the sunny days and drank hot chocolate when it rained - which it did! LOL
I guess a break is kinda what you make it isn't it?

Coo was a bit poorly and slept a lot of the time, at other times he was pretty good so we had a relatively trouble free few days away and I think we've both felt the benefit of that.

What is it they say...a change is as good as a rest! and it kinda is! LOL

Incidently, while we were away we visited Blackpool Zoo and it was brilliant!
I got to tickle a tortoise of all things! LOL ... 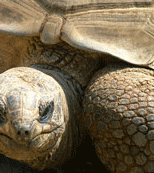 I'm glad we went, even though Coo wasn't the best health wise, it really was an enjoyable time away!

The sun's back, my plants are growing! My peas and salad taste great and all-in-all I'm feeling pretty much content and smiley so that's a bonus too!


Doesn't the sunshine make for some happy vibes! LOL

Hope you're ok and happy thoughts are sent your way,
Love,
maz x
Posted by Maz at 11:47 No comments:

Up and down again...

Hi Guys, it seems to be a regular thing now, just when you think things are getting a little better - bang! Things take a tumble and you're back to square one again!

We're ok...well I think we are but the last week has been bedlum! Coo's poorly yet again, the sunny weather makes him sleepy and well, you know how it is...anyone with sleep seizures is going to struggle with that aren't they!

The last blood tests were dire - last time they were too high and this time well, they're pretty much on the low side so it's seizure city here!
We're coping and in between times, things are good, no injuries, bumps or lumps so that's a bonus! LOL

In other news
This latest run, couldn't have come at a worse time as it's 'Gala Week' and I've been snowed under with our community events. I guess you can look at it in 2 ways:
* It's so much extra work and I'm shattered with all the extra seizure activity - I just want to sleep...
OR
* It's something different, a change of pace and above all Fun!

On Sunday it was the Community bus run for 150 people to a huge theme park, singing songs and a silly raffle draw along the way!
On Tuesday we held a Senior citizen's Tea Party with moi in the blue dress, white apron and a big ribbon bow in my hair - well you can't have a Tea Party without Alice can you! LOL The elderly all enjoyed it and the cakes were good too!
On Thursday it was Family Bingo time - fun and games, prizes and tea and buns too!

Last up (thank God!) was our Gala Day on Saturday, the pretty Queen was crowned, the town came and enjoyed a free days entertainment and everyone was happy!

Thank goodness I have looby to help out when Coo's poorly as I just wouldn't have managed it all! It was fun but I'm kinda glad it's all over!
How would I sum things up? Well...I'm tired but happy! LOL

Thinking I could do with a break after all the hustle and bustle of Gala week, I had booked a few days away 'Travelodging' it and in Blackpool no less!
With Coo being so poorly over this last week, we've been pondering if we should still go or not. We're supposed to leave tomorrow morning so I'm going to see how he is overnight and decide in the morning.

A part of me thinks, just go anyway and see how things pan out. I mean it's not abroad so it things do go a bit pear shaped, it won't be the end of the world and on the other hand Coo may settle a bit and everything could work out just fine!

I'll pack anyway and we'll just see what tomorrow brings!
Mean while...
Here's a wee donkey to be going on with!

Remember to take care of you too!