Hi all, I've been having some problems with my shoulder this past year and saw the Physio for some sessions, see...
***** Ouch not again! *****
Unfortunatly after a few months of squeezing, poking and proding the deal is....
Sorry, it's not working go back to your Doctor....well, alrighty then!

Our G.P. says don't bother coming in, I know what it's like so I'll just refer you to an Orthopaedic.
They'll be in touch, well cheers!

Nobody has ever mentioned surgery and I'm pretty sure I'd have remembered THAT bit, don't you think?

I guess it'll be a case of keep taking the painkillers and slapping on the TENS machine...eh? 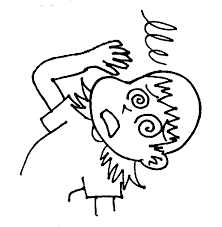 Must admit, they do ease the pain somewhat but I'm not so sure about the woosy feeling that comes with them too.

Being a Tee-totaller, I wouldn't know but at a guess, maybe this is how drunk people feel!

Maybe I'll just pass on the pills and keep zapping away!

Thank Goodness Coo's still feeling Hunky-Dory at the moment and I suppose, looking on the bright side at least I'll avoid any more painful Physio sessions for the time being anyway!

Hi all, Coo's still on the up thankfully!

He seems to be gaining strength day by day, who knows where it'll end LOL!

It's been really nice today and I persuaded him to come out in the garden with a cuppa for a wee while and yesterday for the first time in over a month, he agreed to come to work with me!

We kinda got a system going there!

I work in the local Community Centre so while I hold my information surgery...
Coo plays a game of pool with the Caretaker!


Obviously this last month he's not been able to accompany me and Looby's been draghted in to keep an eye on things while I got to work, but yesterday...well, it was all systems GO!

Thank goodness for that,

Hi, the sun has come out at last and things seem a bit brighter today!

Coo's reduced dose of the new drug has helped, he's not so distant or closed into his shell today.
I'm glad for this glimmer of his old-self coming through as I've found the last month very difficult at times.

We began reducing the meds on Tuesday night, yesterday his depression began to lift and more importantly he's picked up his guitar.

I'm so relieved, he seems to be on his way back up again!

His seizures have taken a nose-dive but that's only to be expected with the meds changes, I'm just glad he's ok.


An improvement in things and a sunshiney day too, what more could I ask for?

Hope things are as sunny with you!

Hi everyone, after all the issues and difficulties adding this drug into Coo's system, it looks like it's gonna have to come right back out again!

Coo's blood results, show a further hike and there's now no way to control the level of the different drugs in his blood-stream.

Too little he seizes into oblivion all day, everyday, and too much well...ditto.
That's the dreaded drug see-saw effect!

He did avoid some of the nasty side effects but a month into the trial, he's suffering severe Flu symptoms, chills, cough, the works and continual nausea, his appetite is nil so he won't eat anything much and to cap it all he has now developed depression!

We're waiting for a specialist nurse to contact us tomorrow but Coo feels his quality of life has diminished so much, that any gains are far out-weighed by unbearable side effects.
Coo says the feelings of desperation, sadness and lethargy are as awful as when he had pneumonia and was struggling with 30 seizures a day!

It's been a very stressful experience but we had to try as it's a new drug and gave us just a little bit of hope!

Gosh it's never easy is it?

Don't you sometimes feel, everything comes at a price or is that just a tad cynical?