Well, we began putting the new drug in 2 weeks ago and so far we've avoided all the major nasty side-effects - thankfully no crazy 'hissy-fits' to report...yet!

On Tuesday, it went up to the high dose of 1000mgs a day but Coo's been having some problems since.
He sleeps around the clock and does not have any energy to go out etc.
He's also lost his appetite which is not so bad if your 18-20 stone but not good if your only around 10 stone to begin with!

The new drug was not supposed to re-act with any of his other meds but I think it has!
His drug level for the other epilepsy med, is now through the roof.
The safe dose is between 40 and 80 and today the reading is 109 - it's never been so high before!!

We're reducing one med for two weeks and then we'll check the bloods again and plan some action!!

Nothings ever easy is it?

I hope life's treating you kind where you are!

Around 30 children painted eggs and a selection of bits and bobs decorated some Easter bonnets too!

The Tea and Scones went down a treat and the local groups made some much needed funds to keep them going.


I did enjoy the day although I didn't see too much of it. 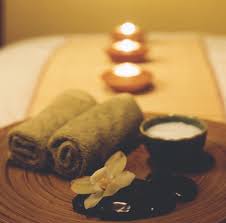 I was in the small studio offering Reiki & Massage therapies.

It really was a stress free, fun day!

Hi all, we same Coo's Neurologist today and he's asked him to think about trying a new drug, only problem is it's got some real nasty side-effects.
psychosis, nausea, anxiety & aggresion to name a few!

I've said to Coo it must be his decision but I confess, I'm feeling very wary.

I'm trying to be positive but I'm not at all looking forward to the coming months ahead.

I hope things are in a sunnier place where you are and I hope too for sunnier days soon.

Who know's maybe this will be the one!