Hi guys, I'm feeling more like my sunny self today!

Coo had a more settled night with six seizures and was up and around early too so...

we decided to take our grand-daughter Jessie swimming!
Well, I went swimming with Jessie and Coo had a wee cuppa and watched us splash about!
It was fun, a wee change and a pleasant wee hour out for Coo too and it has lifted my spirits back up again so....result!

I'm feeling wrung out and kinda like an old dish mop! lol

but where to start?
Ok, hard hat time...
Things have been difficult for Coo and I, his AED (Anti Epilepsy drugs), are too high in his blood stream so we've been tweaking the doses, battening down the hatches and just hoping things will settle a little! Multiple daily seizures are never easy but we're both hanging on in there!

#Indyref...
I've been wrapped up in Scotland's Independence referendum!
For me, it wasn't a huge desire to leave the UK.

More of a burning desire to do things differently, find a better way and in the process, hopefully improve peoples lives in general.
I've always voted - it's important to me and I previously always voted Labour too but in more recent years, I've felt a pull towards something different.
ATOS, austerity cuts and the continuing struggle for Carers and disabled people just to get by, have left me so sad and down-heartened at times, more of the same was unthinkable! I guess in the end, it was the announced further austerity cuts from Westminster that made my mind up.
I wanted something else, the chance to hope for a new start and hope for a better way too so I voted yes!

There's no other way to put it...We lost!

There were a lot of us (45% in fact), who wanted to try but, in the end, it was not to be. I can't believe how deeply I felt when the results came in, kinda flat and sad and I suppose so very unlike optimistic me!

I hope the promised powers do come to the Scottish Parliament or I and many others both 'Yes and No' voters will feel extremely cheated - I guess we will see!

In all this current political turmoil, the Carers Parliament on October 8th should be interesting!

One thing's for sure, I'm hoping for more settled times!
Keep strong friends,
(((hugs)))
Maz x
Posted by Maz at 15:18 No comments:

Respite, SDS and shop till you drop!

Hi guys I've had a wee time out this week!

I've been off on Respite for a few days and at my usual place...Blackpool!

I like Blackpool, it's fun and cheerful and if the weather is kind too, it's a brilliant holiday spot!
The Queen's is a lovely hotel. It's right on the prom too and the beds are comfy, the food is great and the Jacuzzi is toasty warm! lol
so...mum and I shopped till we dropped, had all number of cake eating and tea drinking sessions and generally had a...ball! Speaking of which, did you know Blackpool has the biggest glitter ball in the world? Well, they do and here it is... ta-da!

You sure need you're shades on when the sunshine catches a hold of it! lol
It's so cool though!
When we were there, the little ones were running around, chasing the reflected light - in fact everyone was having a ball! lol

Thanks to our SDS (Self Directed Support), while I was away, things at home, managed along just fine without me. Looby came to stay with Coo and keep him safe and this meant, I had a real break, with time to switch off and just go with the flow for a bit! I think that's what Carers miss the most, the spontaneity of life, being able to just get up and go and not need to plan all the contingencies and deal with the 'what if's' that come alongside disabilities and caring in general! 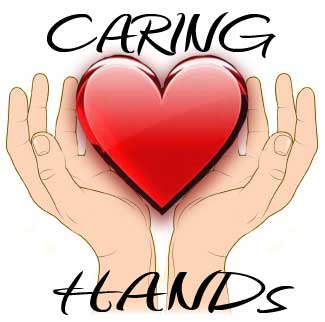 That's why I feel so strongly about the need for regular Respite breaks for all Carers!
It's oh so very important!

Unless you've lived this lifestyle you can only imagine the release of pressure that comes from proper Respite!
It's the difference between drowning in darkness and finding a safe harbour for a wee while!
I'm so very fortunate to have support and having been there myself, I know it's so very different for lots of other Carers still struggling on alone and it's just not good enough!

I hope the time comes where we all have the support we need!
Keep strong my friends,
(((hugs)))
Maz x
Posted by Maz at 02:43 No comments: