If we didn't need reminding...Winter is definately still here!

This is the worst January I can ever remember!


Snow, hail stones and gale force winds have been hitting us all day today and by the look of things, it isn't letting up anytime soon!

I went out to put some paperwork into the office, went to open the cardoor and almost had my hand wrenched off!
The wind caught the door and pulled it from my hand and there was nothing I could do to stop it.

I came back out of work half an hour later to discover the door is now warped and letting in water so lucky me, I got to travel in a not so comfortable wet seat all the way back home!!

I hope it doesn't cost too much to get it fixed, Coo and his Dad are presently... assessing the situation is probably the best way to put it!

Typical, their first response was - couldn't you hold it?

Only one answer to that and it's not printable, so I'll just say they got the picture er.....No!!!!

So far we've lost our rickety garage a garden fence and my rabbit hutch 'aint looking too pretty either!

Roll on the better weather and soon!

My shoulder is painful again so I've been back to the Doctor!

He says it's not improving so I've to see a Physio next!
I can't say I'm looking forward to it but I'll give it a go!!

Coo's still struggling with some kind of infection but thankfully he seems to be over the worst of things but our weather isn't it's been dreadful!
Torrential rain and whirlwinds off the coast mean our old rickety garage....is sadly now no more!!

The roof blew off and around the garden, like Dorothy's house in the 'Wizard of Oz!'
The rest of it...well it couldn't do the decent thing and fall down could it?
No, no..it was stubborn and needed some help!

One elderly father...two teens who would have rather been anywhere else on the planet and one Coo flapping big style, trying to help!
I stayed inside and made the tea as all that testosterone and bad weather seemed a bit of a nasty omen!

After some debate, puffing and panting and chasing the dog around the garden!


Eventually blood sweat and struggles won...it decided to co-operate and give up the ghost!

Only trouble is - where the heck am I gonna put all the junk I'd kept 'safe' in there for the last decade!!

I think I'll worry about that another day.
Watching all that activity has left me exhausted!!!

Penguin weather here! no wonder they're dancing, it's practically Baltic!!!

We've had a bit of a rough day here.
Coo's been struggling and seizures were coming thick and fast this morning.
Thankfully he's had a bit of a sleep and things seem to have settled a bit so I'm hoping we're over the worst of it now.

Thank God it's a Looby night tonight,looby's our daughter who P.A.'s for us, we use a Direct Payment system so at least I'll sleep even if Coo doesn't and don't that sound selfish!!

Well, I guess you know what I mean!!

On a positive note, it's much easier to stay inside in this icy, wet weather than it is in the lovely sunshine of summer so I suppose that's a bonus of sorts! 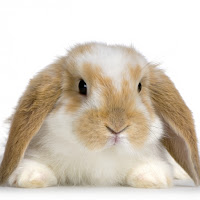 It's working for me!!

Back in Antibio land again...

Well, I suppose from the title you've guessed it!

It's hard hat and flap jacket time yet again...yes, Coo's back on the Antibiotics!
I kinda knew he would be as he's had an increase in seizures and a cough to boot!

Ah well, at least now things will start to improve a bit and on the plus-side it's too cold to go out anyway!!

I think it'll be homemade soup and keeping cosy for the next few days and with the weather the way it is it'll probably be a bit of a bonus!

I'll have time to catch up on some serious DVD watching too.

You keep cosy where you are too!

Hi all and a 'Happy New Year'!

Coo and I have had a good time over the last few days visitng family and having a laugh, it's been great!

So in our own scots way....'Slainte Mhath'!!
You may well ask what the heck's that?

Well, it's an old toast to Good Health and around here it's pronounced...
'slanj-e- vah', isn't our language a bit quirky!

Lastly from not so sunny Scotland, I hope the new year's kind to you wherever you are!