It's been hard hat hell here! Coo's seizures spiralled out of control. At it's worst point this week, we were back up to 30 seizures a day and back on the dreaded rescue meds again...and just why was that? (pursed lips and sarky growl)...

Despite sending a barrow load of paperwork, copies of Coo's Social Services assessment of needs and four months worth of the dire seizure diary, a registration letter from our doctor (well...locum 1 yet another story!), and a supporting document from Coo's Neurologist too - now, you'd think that'd be enough wouldn't you? - but no! DWP/ATOS/Maximus/Capita or whatever they're currently calling themselves still decided they needed to face-to-face assess Coo and his disability! The stress triggered everything-and-then-some what a total nightmare! Anyhow, after a month of struggles dealing with the increase in seizures, moods and the rest, Friday and the DWP arrived at last. Thankfully the assessor was friendly and kind, spoke to Coo patiently and went over everything as quietly and calmly as possible - I think things will be ok, well I hope so but we've another 4 to 8 weeks to wait for a decision so we're still struggling on and making the best of things! 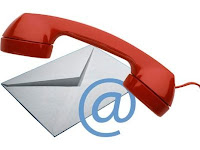 We need to work together!
Why oh why can't the DWP just ask you to sign permission, look in your medical file and speak to your consultant and save people with disabilities and their Carers from all the additional stress?
It would probably end up being a quicker more efficient way of doing things too but what do we know? eh?

If you're under review or moving from DLA to PIP get your info together, stay strong and try and fight your corner the best way you can!
((hugs))
Maz x
Posted by Maz at 12:24

NATURAL & EFFECTIVE TREATMENT TO SEIZURE: Our son has temporal lobe epilepsy, He has seizure and had a grand mal with rage, Our son's seizure is constant throughout the day according to EEG results. We had used several medicine which include: 600 Epitol 100 Zarontin,
150 Epitec X2 Daily Dopoquel and cilift, Keppra, Topomax lasted for about 3 days, but I put an end to that due to my son losing weight and being lethargic. I recently got dr williams herbal medicine,that's a natural medicine that cure my son Epilepsy with no side effect. It is an herbal medicine. it is a permanent cure and effective treatment of Epilepsy, for more info, you can contact Dr.William with this drwilliams098765@gmail.com for advice and his product